Ortelius is a unified microservice catalog that versions and tracks microservices, their consuming applications, ownership, blast radius and where they have been deployed with all critical deployment metadata. By centralizing and tracking detailed configuration data, Ortelius provides you a proactive view of how your microservice architecture is changing overtime. The latest version of Ortelius is maintained by the Ortelius Community managed by the Continuous Delivery Foundation (Linux Foundation). It was originally created by DeployHub and OpenMake Software. Our mission is to simplify the adoption of modern architecture through a world-class microservice management platform driven by a supportive and diverse global open source community.

Attend Out Community Meetings and Events

Ortelius has a test instance running on Azure Kubernetes. You can use this instance to test the latest version and pull requests. A private domain with sample test data will be created when you complete the sign-up. This allows you to test independently, so don’t worry about breaking anything.

Please submit any issues you find in the ortelius/ortelius repo. 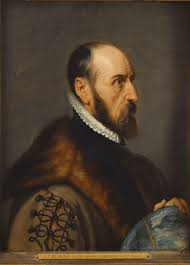 Abraham Ortelius made his name by collecting data from scientists, geographers, and cartographers of his time and transforming it into what the world now knows as a world Atlas. His Atlas, titled Theatrum Orbis Terrarum (Theatre of the World), was published on May 20, 1570. His Atlas disrupted the way the world was seen, with the first concepts imagining continental drift. Also of interest are the sea monsters shown in the water – mythical creatures that were a subject of fascination in Ortelius’ generation.

A Thought Leader in Sharing

Ortelius also in some ways created on open source community of his day. To accomplish his goal, he was the first cartographers to give credit to his fellow scientists by adding their names to the Atlas. Ortelius was known to have corresponded with other professionals throughout Europe and pulled together their knowledge to create his publication and a truly global view of the world.

Thank you Abraham Ortelius for showing us the way.